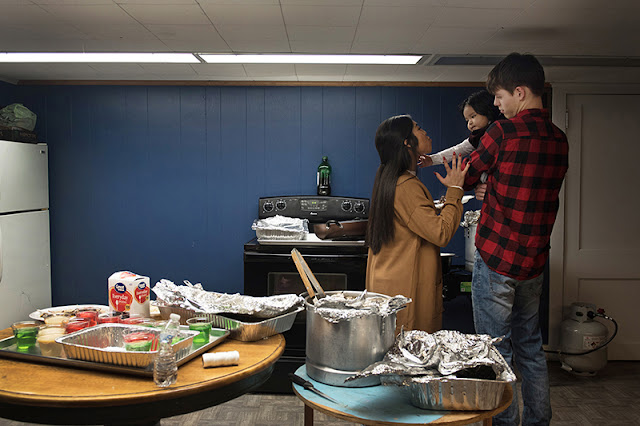 IV.
When Ana arrived in Mexico, Missouri from California in 2001, the rural midwestern town reminded her of the village where she had lived with her grandparents, with its pastures and farm animals. I remember thinking it was so beautiful, it was all green, there were cows, and so for a minute it took me back to Oaxaca: it was something familiar and that was a good feeling, she says.
The vast majority of the Latinx population of Mexico is from La Compañia, as brothers and sisters and uncles and friends kept following each other to the little town in Missouri with each new plant advertising for jobs. Lately some immigrants from Central America have started to come, too, from El Salvador, from Guatemala, from Honduras.
There are other similarities. Gail Reynoso, a native of Mexico, Missouri and a close friend of Ana’s family, talks about how her father, who is from another small town in northern Missouri, became close to Ana’s father through their shared love of the outdoors and of the river, and through a feel for the land and the animals, a common rural life separated by two thousand miles and a charged border but also fused by a deep-felt love of place and nature.
The company that had brought Ana’s family over to Mexico, Missouri moved them to a small house shortly after Ana and her family arrived. It also went out of its ways to make them feel welcome, or at least that’s how Ana remembers it. The house was fully furnished, with couches, a table, beds, appliances, dishes, cutlery, towels, ready to just come and live in. They were so good to us, Ana says. There was a Human Resources staffer that made sure the kids started school, got them on the school bus, and sometimes even took them to school, and there was a job that felt a whole lot safer and better than toiling in the unforgiving fields of Southern California, where they were out in the winter working and it was cold and in the summer Ana’s Mom put on long-sleeves shirts because she would have to protect herself from the hot sun, and the family had to live in a little two-bedroom apartment with three other families.
It was entirely, and mercifully, lost on eight-year-old Ana that the welcoming gestures and all the warm feelings were part of the strategy of factories owners to save their plants, and that the Mexican workers from California were an easy target for what in the end were hard jobs with poor wages that most locals didn’t want. It was miserable work, recounts Gail, dirty and stinky and low-waged.
Yet for all the ways in which the immigrants were in effect saving factories from closing and thereby saving the town from economic collapse, in addition to contributing to the town economy through sales taxes and purchases (immigrants, like any other residents, spend  most of their money locally on anything from big-tickets items like houses and cars to daily shopping at retail stores,) things started to sour right away when people started pouring in from California, and La Compañia. The harassment, persistent and pervasive, went on for years.
There was no lemons necklace to measure the sadness, only a constant sense of danger, a stream of persecutions, sometimes petty, sometimes illegal, often fateful for the emigrant concerned, and bitterness.
The former owner of the factory that hired her parents faced a harsh backlash from the community, his house trashed, his high school-age daughter having a hard time because of people’s judgment of her father’s actions. Gail remembers the constant arrests from driving violations that sometimes didn’t exist, broken taillights that worked fine, the deportations, the call from a Mexican friend frantically asking her what “wetback” meant after someone hurled an empty bottle at his truck and shouted the insult, the jeers and the complaints from White residents, the fear, the sense of isolation.
I remember people being really scared to drive, to walk, to do anything, Ana says, but me in my happy world everybody was good to me. She was the first Spanish-speaking student enrolled in a Mexico school, but people there were understanding and caring, and that made her feel that she was right where she was supposed to be. Her elementary school principal lived across the street from her parents and would make sure she got on the right bus to school in the morning.
I didn’t understand what it meant to be undocumented because I as a child, I was playing in the same playgrounds, reading the same books, doing the same homework as my classmates, Ana says about her first years in Mexico, Missouri. 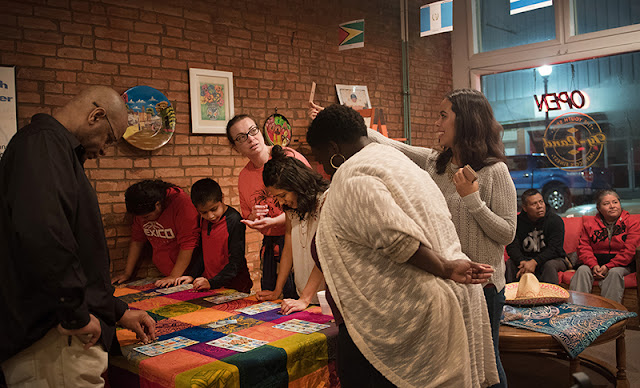 But then it started.
We were in a car accident, and of course when the police showed up they asked for a driver’s license, no driver’s license, they asked for a social security number and there was no social security number, they asked for immigration status and there was no immigration status, so he was taken in and they let him out but then immigration was called, Ana recalls. It was horrible, I remember we went to stay with an uncle of ours, we didn’t want to be home because we knew that immigration was coming for my Dad. Somehow they found out where the family had gone and one day when she was at school they came for Ana’s father. He was deported for the first time. It was 2003. She was ten.
He would be deported over and over again in the ensuing years. The stress deepened for Ana, seeing her mother having to fend for herself and raise a family alone, knowing her father had to cross the border again and again, of seeing him being detained again a few years later. In the end, after spending a year in jail, and being deported many times, her father would decide that staying in the U.S. was not worth risking spending his life in prison and went back to Oaxaca. I always struggled seeing my Mom trying to make it without my Dad financially, and emotionally, she says now.
It was the spring of 2011 when Ana’s father left for the last time, and three months later he was followed by her Mom. Ana had just graduated from high school.
My Mom packed everything in her little green truck, washer, TV, dryer, everything’s going, she remembers.
By that time Ana was eighteen years old and an adult, and got to make the decision that she was not leaving with them. That was in the early aughts, and Audrain County was one of the counties that got special funds from the federal government for turning in undocumented people to the Immigration and Customs Enforcement agency (ICE.)
Still, more factories called and more people kept coming. 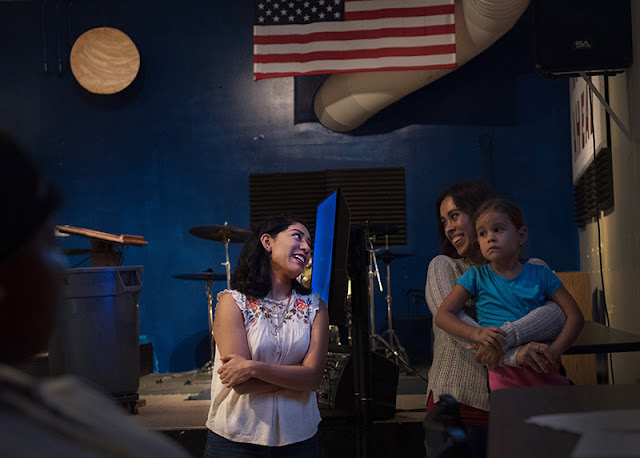 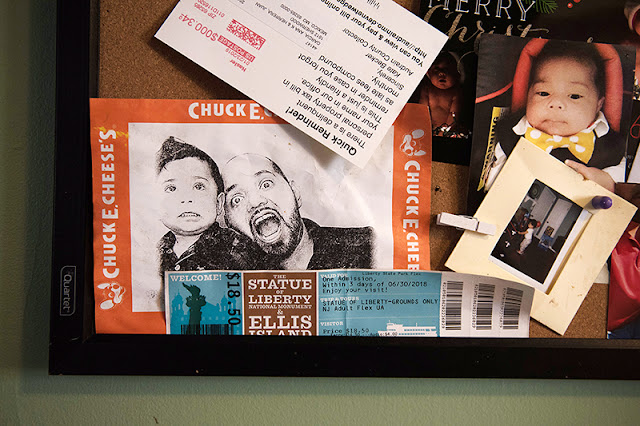